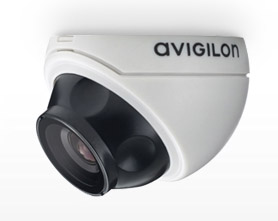 We use the latest IP high definition technology for many of our CCTV installations in Warminster and are able to provide CCTV coverage in extreme conditions. Areas with very low light, night-club interiors, dazzling car headlights can be covered with cameras designed to work in these conditions.

Our intruder alarm systems will alert a monitoring station immediately if your property in Warminster is compromised. If the system is set up set up with a Police URN, the police in Warminster are called as soon as the alarm is triggered.

We fit access control systems for businesses in Warminster from 1 to 2000 plus doors. Our systems can also be integrated with CCTV for total door control and monitoring. Our access control installations in Warminster are tailored to meet specific budgets and low, medium or high security levels of door, gate or barrier control.

We offer a wide range of solutions integrated with CCTV or intruder alarm systems in Warminster.

Perimeter protection can provide an early warning of unwanted intruders to your premises and allied with an efficient CCTV system can often deter potential intruders before they gain entry into buildings in Warminster.

Camera Security Systems also specialise in the design, supply and installation of automated gate systems and security barriers in Warminster. Contact us for a quote for a barrier or gates for your Warminster property.

Camera Security Systems have our own secure CCTV monitoring station which is manned 24hrs 365 days a year. Some properties in Warminster require monitoring 24/7, others only require this service during the hours the business or if a property is vacant.

If intruders are detected our operators can communicate directly with the Warminster police control room in seconds if required.